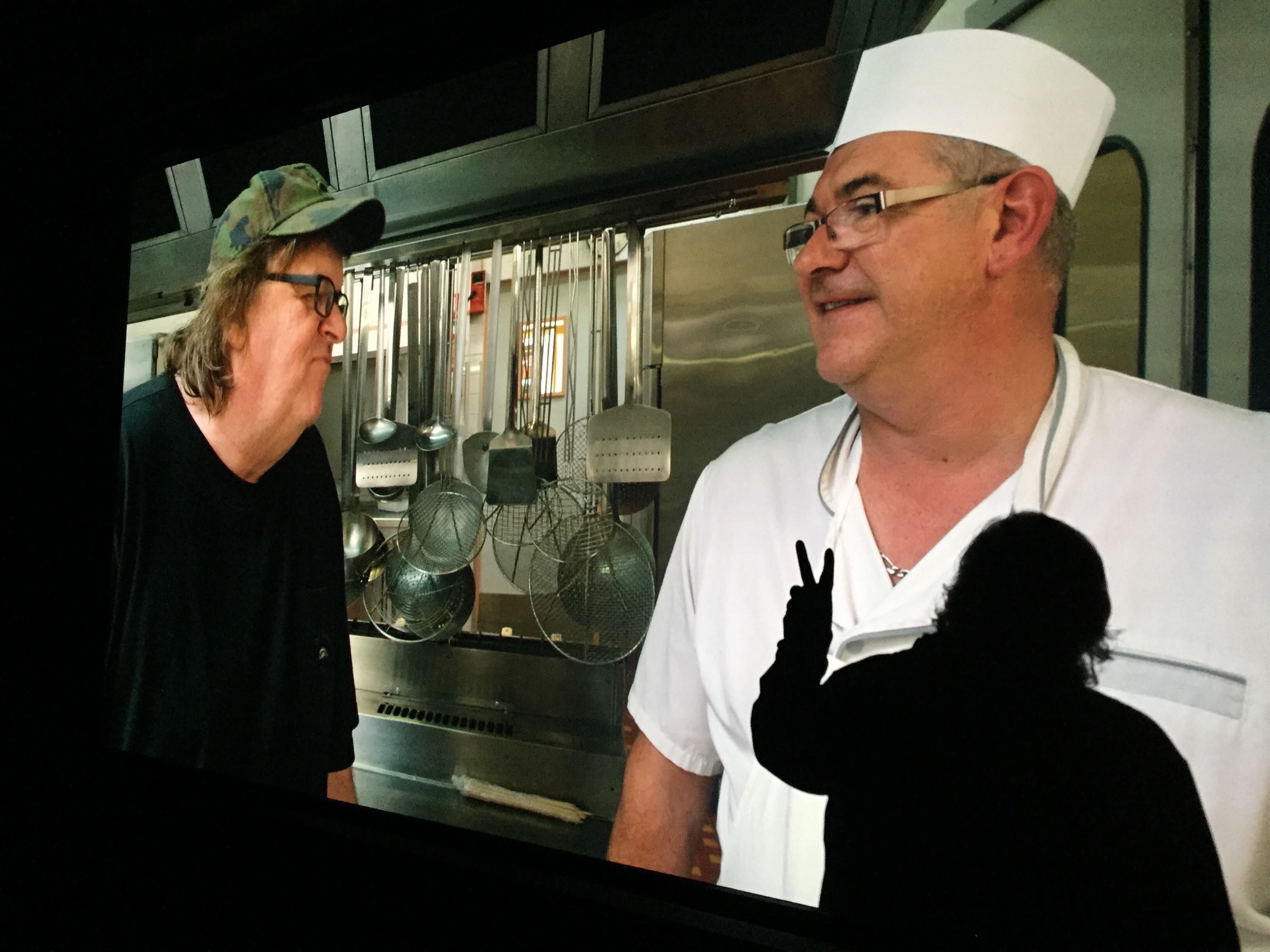 Where to Invade Next

Have you ever been to a party that was so fun, the conversation so scintillating that you never wanted it to end?

Yeah. Me neither. Until this film.

Look. It was insanely hard work, don’t get me wrong. But it was also incredibly fun. This is Mike’s happy film.

For months I have participated in an ongoing discussion with some of the most brilliant people I’ve ever met. First, on the shoot (how many editors get to go on the shoot!) then throughout post. Mostly learning, sometimes teaching, often arguing, always laughing, always striving, always reaching for the best idea. Toiling to architect a better mind-exploding device.

Anger has gotten a bad name. It drives a lot of the destruction in the world. But sometimes anger drives us to create. The rage that has been building inside us fueled the drive to make this film.

This movie is a Molotov cocktail that will set minds on fire around the world. I’m grateful to be part of it.

Finally hurling it into theaters will be a cathartic experience.

But it’s also a little sad. Soon I’ll go back to LA. I will have to say goodbye to all these amazing  friends.

But the party doesn’t have to end…