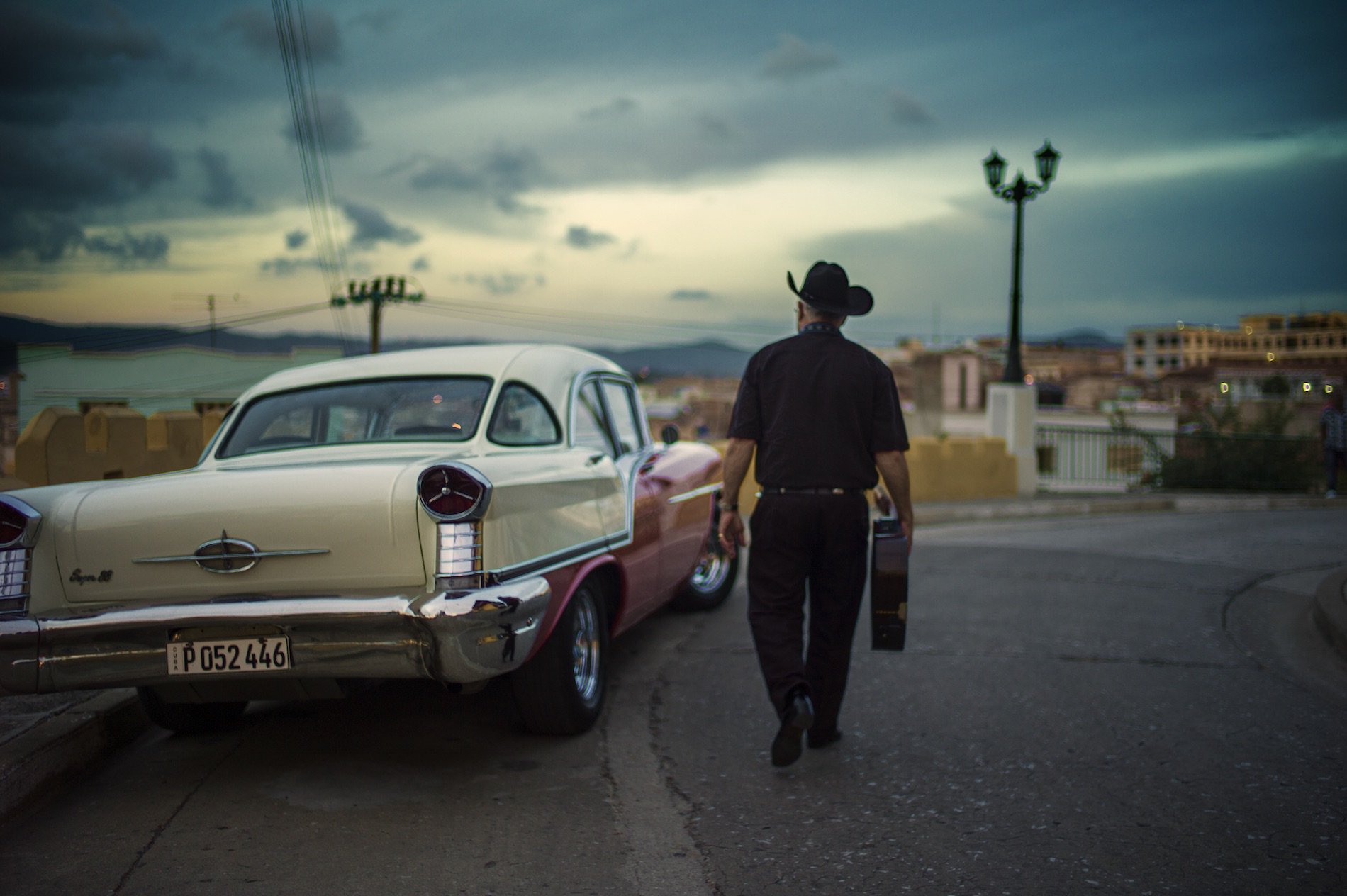 On The Release of “Buena Vista Social Club: Adios”

Omara Portuondo said to me during an interview at a hotel near LAX.

In the 90s, Cuba was on its knees. There were food and medicine shortages. The Cuban people risked their lives on makeshift rafts to escape the misery. And out of this, blossomed one of the most beautiful albums ever recorded.

As much as I love Wim Wenders — Wings of Desire still makes me swoon — the original BVSC is a rose-tinted depiction of the country my family came from. Wim went on vacation to Cuba and came back with a story about an American musician Ry Cooter (a close friend of his) that ‘discovered’ a long lost genre of music in the tropics. The human beings that actually played the music were reduced to bits of local color.

When Lucy Walker asked me to collaborate with her on a sequel to the film, she described it as an unflinching history of Cuba as seen through the music I grew up with. I was excited to finally be able to give the characters their due and portray Cuba in all its beautiful complexity. Also, how often do you get to interview a world-famous singer in her 80s who flirts with you?

I still haven’t seen the final product. For legal and political reasons (see Lucy’s Facebook post for more detail), we weren’t able to release the film we intended. But I wanted to document at least some of the central themes and arcs that may have gotten lost in the sanitized edit.

Ibrahim Ferrer: a frustrated backup singer who quit his carrer in disgust and, when he least expected it, was able to seize the opportunity to sing his way to the top of world charts.

Ruben Gonzalez: A medical student who played the piano to make a living. Who went on to lose all memory to alzheimers (including his own name) but never stopped playing.

Compay Segundo: A century-old legend and living library of music (Cuban music was rarely written, mostly passed down from memory — as shown in the behind the scenes tapes) who wrote his greatest hit towards the end of his life.

Omara Portuondo: An indestructible woman who stayed in Cuba when everyone she loved left. She became a voice of hope around the world.

And last but not least, Juan de Marcos, who is finally given his rightful place as the band leader and mastermind of the album. He created it as a gift to his father, who sang this music when he played in the band of legend Arsenio Rodriguez.

Like the Cubans featured in the film, the music’s origins can be traced back to the slaves that came from Africa, survived oppression, revolution and abandonment, only to rise again and again with awe-inspiring resilience.

The film began with the contentious relationship between Cuba and the US and ended on the hopeful note of Obama visiting Cuba. We showed how the music of the Buena Vista Social Club bridged the divide between two nations and reminded us of our humanity. Art can be the best diplomacy.

And yet, even in 2017, be it by government oppression or legal corporatism, you can still be faced with attempts at censorship.

They will never stop us from singing.

(This article was originally featured on Medium).