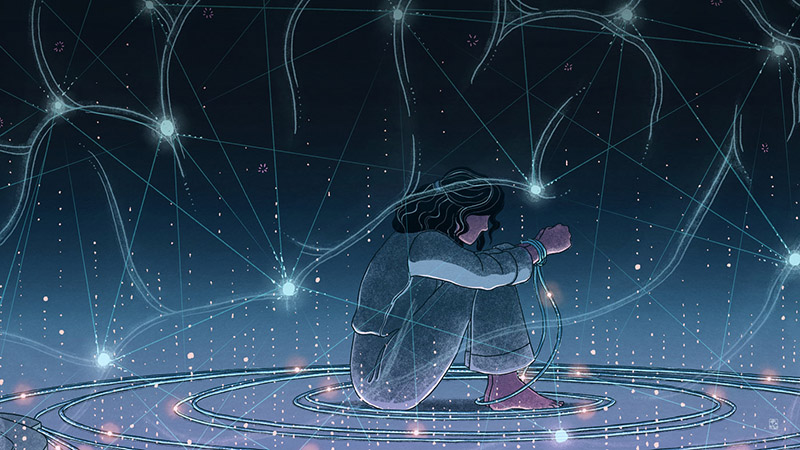 On Brains and Chemical Moods

I would recommend every episode of Invisibilia individually, which is to say, the entire series is amazing. However, “The Remote Control Brain” is a must-listen.

Short version: electrodes implanted in people’s brains can take them from suicidally depressed to euphoric with the flip of a switch.

Let me just take a tangent here to say that this is the second most preposterous idea that Philip K. Dick predicted in Do Androids Dream of Electric Sheep? (1968): A mood machine. (The first was the Internet).

I’ve been saying for a while now to anyone who will listen that psychiatry is the next big undiscovered country that will either be used to make life on Earth more humane (when we have a better understanding of the people around us) or will be taken advantage of by greedy corporations and a cruel military (Gattaca).

This scientific breakthrough is one of those turning point events.

But it is more interesting for how it lays bare the fact that mood and emotion aren’t always a consequence of what is happening to you. Chemical moods are such a difficult thing to understand and recognize as an outsider or even as it’s happening to you. Depression, anxiety, even a hangover feel concrete, but can be difficult to separate from personality and consequently, self. So it is AMAZING to actually hear a recording of someone go through an INSTANTANEOUS emotional transformation caused by a computer setting.

The podcast ends with fears of a future where the rich can afford better emotional management like it’s some nightmare dystopia. Too late. The difference between rich and poor, mental health, trauma and the relative abilities to lead happy lives… It all makes me think of Dr. Mona (who uncovered the Flint water crisis) in our Fahrenheit interview. She spoke about how a difference in zip code meant a 6-year change in life expectancy and a measurable difference in brain size.

But, if you want to go to terrifying extrapolations of tech, I go to Neal Stephenson’s “The Diamond Age” where characters with visual implants get hacked and are forced to watch ads even when they close their eyes. Imagine what a hack on mood control would look like… Oh yeah. Too late. Facebook already did that.